Water Crisis in Flint -- Constitutional Environmental Rights Needed for All 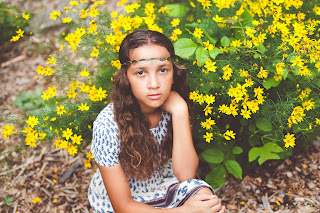 The poison water crisis in Flint, Michigan, is a sad reminder for some, and a sore lesson for others,   While freedom of speech, religion, and assembly are asserted as inalienable rights, the same cannot be said for the freedom to have clean water and air. The Michigan Constitution explicitly entrusts the legislature to “provide for the protection of the air, water and other natural resources of the state from pollution, impairment and destruction.” If the government fails to properly protect the environment, the ability of the public to challenge that failure on constitutional grounds is limited.
that in most places in our country, there has been no recognition of our right to clean water.

Most states in our nation fail to protect the human right to pure water, clean air and a healthy environment.  Pennsylvania and Montana are exceptions. In 1971, in response to centuries of environmental degradation that poisoned Pennsylvania’s air and water, damaged people’s health, and harmed the state’s economy, the state passed an amendment that placed the right to pure water and a healthy environment in the State Constitution Bill of Rights.  As a result, environmental rights are recognized as inherent and indefeasible rights of all people and are protected as strongly and firmly as other political rights – such as the right free speech, freedom of religion, freedom of assembly and trial by jury.

In Pennsylvania, in the wake of years of damage inflicted by the coal, forestry, and other industries, 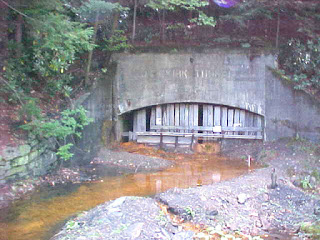 then-State Representative Franklin Kury rose before his colleagues in the state and spoke these words – words which should inspire us all to pursue constitutional recognition of our rights to pure water, clean air and a healthy environment in every state constitution in our nation and in our federal constitution, for the people, children and families here today and those that are yet to be born:

“Our political rights are embedded in our governmental framework. But our physical environment has been depleted and damaged to the point where there is a serious question as to how long mankind can biologically exist on this planet. The situation is so serious that mankind is now considered one of the "endangered species."

“We must, therefore, ask ourselves whether we can insure a physical climate that will not merely allow man to exist on the earth, but also whether it can be maintained in a natural state that is compatible with man's highest aspirations as a social creature.”

“Preservation of our natural resources and environment is of fundamental importance. In fact, if mankind does not solve the challenge of saving his environment, all of the other great world problems we face may well become moot. We take great pride in our Federal and State Bill of Rights, but the fundamental political rights they preserve will not mean much if mankind dies from its own putrefaction. Freedom of speech will be meaningless if we suffocate in polluted air.”

“While our State does have a maze of laws dealing with various aspects of our environment and natural resources, the fact is that we lack an over-all governmental framework in which to carry on the fight for conservation. We need a state government policy that is clearly stated and beyond question, one that will firmly guide the legislature, the executive and the courts alike.”

And with that State Representative Kury proposed Pennsylvania’s Environmental Rights Amendment be included in the Bill of Rights of Pennsylvania’s Constitution.

www.ForTheGenerations.org seeks passage of this same level of constitutional protection across our nation.

The facts on the ground make it clear. Constitutional protection that recognizes and protects our rights to pure water, clean air and a healthy environment as inherent and indefeasible is sorely needed in the state of Michigan just as it is needed in every state in our nation and at the federal level.

To learn what your state constitution says, to learn about the other values and benefits of pursuing a strong constitutional provision in your state, to get some assistance and support in how to get started visit www.ForTheGenerations.org .
Posted by Maya K. van Rossum, the Delaware Riverkeeper at 8:27 AM