“Time for FERC to Pipe Down”

(This blog originally printed in The Hill, Jan 2016) 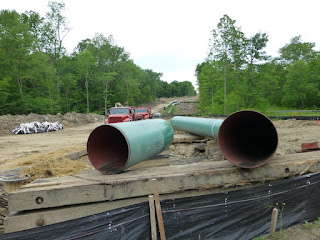 More than 165 organizations and 2000 concerned people from across America have sent a letter http://bit.ly/FERCGAOInvestigationLetter to Sen. Bernie Sanders (D-VT) and Sen. Elizabeth Warren (D-MA) asking for justice. Not justice for any one individual – justice for the country and the environment. As key members of the Senate Committee on Energy and Natural Resources, Sens. Sanders and Warren have the ear of the Government Accountability Office and the power to successfully call for an investigation into what has become a rogue federal agency: the Federal Energy Regulatory Commission (FERC).

Does “rogue” sound harsh? Well, FERC’s actions are harsher. The agency is supposed to regulate pipeline companies, but recent history shows it is behaving more like an advocate acting on their behalf, helping to grease the wheels for the pipeline companies regardless of the value of their projects or the harms they inflict on communities and the environment. In fact, since 1986 FERC has green-lighted every single proposal the pipeline industry sent its way and up to its Commissioners. That’s not a regulatory agency, that’s a rubber stamp.

FERC’s approval rate should not come as a surprise. Unlike any other federal agency, FERC is funded entirely by the industries it regulates — that’s right, FERC gets its entire budget from the industry it is supposed to oversee.

How does it work? Basically, FERC issues charges on the industry it regulates calculated to cover all of its costs, including an agency budget that has grown 50%, from $200 million to $300 million, in just a 10-year period from 2004 to 2014. This means that the more pipelines, gas delivery, and LNG facilities FERC approves the more fees it is able to collect to support its fast ballooning budget.
This industry-financing mechanism not only encourages a biased approval process for proposed projects, but it also provides FERC with a significant degree of insulation from Congress and the legislative branch of government that no other independent federal agency enjoys.


It gets worse. As far as we can tell, FERC has never issued a civil penalty for violations related to 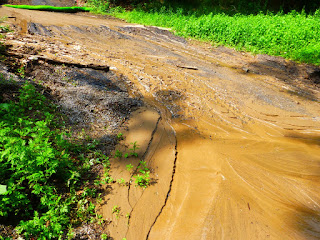 construction activity for any pipeline project. And yet we know for a fact that violations of FERC-issued pipeline construction approvals border on routine. For example, the Tennessee Gas Pipeline Company’s 300 Line Upgrade Project was found to have major failures harming the environment and violating the law. Who recorded these failures? FERC. And what were the penalties the company incurred from FERC? None. FERC didn’t even issue a stop-work order to make sure the company fixed the problems it was causing before allowing it to continue with its damaging construction.


Once a pipeline project receives FERC approval, the problems are compounded. The pipeline company receives the power of ‘eminent domain,’ the right to take private property for its own  use.  In addition, pipeline projects are exempted from the state and local environmental and community protection laws, thus allowing them, by law, to inflict greater harm than other industries.

What this means is that projects like Kinder Morgan’s Northeast Energy Direct (NED) pipeline can force homeowners, families and businesses in Massachusetts, New Hampshire, and beyond to relinquish part of their property to allow for the construction and operation of this 400-plus-mile pipeline. Despite opposition and concerns voiced by so many, including Senator Sanders, SenatorWarren, Senator Ayotte, Senator Shaheen and Representatives Kuster and Guinta, the project proceeds towards approval.  Despite Kinder Morgan submitting an application to FERC that has been acknowledged by the company to be missing critical information, because the company promised to provide the information at some point down the line, FERC stamped the application as “complete.”

Among the problems with the NED pipeline, as with so many others like it, is that FERC fails to force the company to answer the threshold question of whether its project is actually needed --– instead the agency simply requires the company to consider different paths to cut for its project.  In fact, the findings of the Massachusetts Attorney General that no new natural gas pipelines are needed to meet the Commonwealth's electrical reliability needs are apparently being ignored in the FERC review of the NED pipeline.  Similarly, expert analysis which shows that PennEast is not needed for delivering gas to Pennsylvania where there is already a glut, or New Jersey which would find itself with a 53% surplus of gas if PennEast were built, is falling on dear ears within FERC.

What can be done about all of this?

Well, fortunately there is an agency in the government that can reveal the depth of this toxic mess and help us identify solutions: the Government Accountability Office (GAO). As the investigative arm of Congress charged with auditing the federal government, the GAO can examine the way FERC is working—or rather, the way it is not working. An objective GAO review is clearly needed if we are to hold FERC accountable for their abuses of the public trust and power. Only a thorough and objective review can bring about the reforms the agency so desperately needs. That’s why more than 165 organizations, from environmental nonprofits to religious groups, have stood up and asked for this review. The future and well-being of our communities and environment depends on it.

What you can do …Join us in asking Congress to request an independent review by the Government Accountability Office into the funding, operations and many abuses taking place at FERC, and to help identify needed reforms that will transform FERC into an agency seeking to protect and serve the public rather one serving the fracked gas pipeline industry.

Send a letter to all of your federal senators and congressional representatives with just one click:  http://bit.ly/GAOFERC


Posted by Maya K. van Rossum, the Delaware Riverkeeper at 8:23 AM