Will PA’s KEEP Program Keep Kids in the Dark?

I have often heard from my educator husband that power companies will pay for the creation and printing of textbooks so they can rewrite history about the impacts of their industry.  Now it looks like the state of Pennsylvania is getting in on the act – this time possibly brainwashing middle schoolers about clean energy. 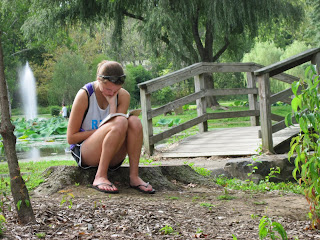 The Pennsylvania Department of Environmental Protection (PA DEP) has announced a new program called KEEP which stands for “Keystone Energy Education Program.”  The agency describes KEEP as a “series of free workshops, geared to middle school building teams” where “participants will learn about and explore energy issues.”

While I believe children as young as middle school should be thinking about the serious issues surrounding energy development, I am concerned about any political agenda being a part of the programming. And I question the ability of the PA DEP to provide good information about the most beneficial energy options for present and future generations.

Michael Krancer, who recently left the position of PA DEP Secretary, is on record questioning the level of scientific understanding and agreement regarding climate change:  “There is no uniformity within the scientific community on how much the warming is occurring,” said Krancer to State Impact, “And there’s no agreement about how much is attributable to the human part of it and how much is attributable to other factors.”

E. Christopher Abruzzo, the Acting Secretary of PA DEP, is not on record as a climate change denier. In fact, he has no record on environmental issues at all. Abruzzo may be an able prosecutor (he served previously in the Attorney General’s office), but he has no environmental expertise. Abruzzo is Governor Corbett’s man at PA DEP; he remains in the role as the Governor’s Deputy Chief of Staff even as he assumes the role of Acting Secretary at PA DEP.  He was recently nominated by Corbett to assume the leadership of DEP permanently.

There are good people at PA DEP trying hard to protect Pennsylvania’s natural resources. But budget cuts have drastically reduced staffing levels, and the hands of regulators have been tied by permitting windows that don’t allow time for thoughtful consideration of environmental impacts. Individuals are afraid of losing their jobs if their decisions delay pet projects of connected corporations. And if the recent leadership at the agency is any example, I’m afraid I see the potential for KEEP to be used to indoctrinate a new generation into supporting the current administration’s short-sighted path for our energy future – reliance on shale gas.

In fact, while the DEP description of KEEP is that it will: “will focus on teaching about and tracking energy efficiency in the school building and in the homes of the community” under this heading two of the eight topics for the “full day energy workshop” are:  (√) Energy extraction technologies and (√) Electricity generation technologies, including geologic resource extraction and renewable resources.  Shale gas and fracking are clearly among the priority areas of their clean energy focus.

The recent effort by the PA DEP to delete a peer reviewed paper by Dr. Robert Howarth, the David R. Atkinson Professor of Ecology and Environmental Biology at Cornell University, from a state report on how Pennsylvania will be impacted by climate is yet another example of why PA DEP’s KEEP program should be received with skepticism.  Dr. Howarth’s published paper challenges the assertion that natural gas is not a significant contributor to climate change and suggests that that it could be as harmful a contributor to climate change as coal.

Education is about providing facts, science, well-rounded information and helping students to become critical thinkers with the capability to assess and analyze data.  If PA DEP is not allowing its own documents to include studies with which it disagrees for political reasons, and has among its leadership climate change deniers, how can it be trusted to educate our children about energy options in a fair and balanced way?