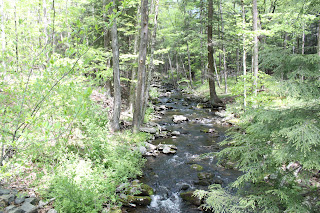 As promised, the Delaware Riverkeeper Network has remained vigilant and active through the holiday season in our efforts to prevent the Tennessee Gas Pipeline Company (TGP) from cutting through our communities, forests, waterways, wetlands, public and private lands, with its Northeast Upgrade Project (NEUP).

We invested in experts who came out to the proposed project site and tromped with us through the state owned lands and some of the private parcels that would be devastated by the project.  Evidence and data was collected and transformed into very solid reports, that should prove our case to any open minded decisionmakers.

On December 29, the first training for how to effectively, safely and legally exercise first amendment rights in response to the forward movement of the NEUP project was held.  There has been so much interest that we have scheduled a second training on January 12.  Be sure to sign up and come and join with others protesting the construction if the NEUP pipeline should it get so far.  http://www.delawareriverkeeper.org/about/event.aspx?Id=315 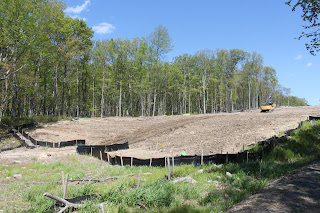 Yesterday, January 5th, the Delaware Riverkeeper Network received a response to our letter communicating our expectation that the project could not start before final decision of our hearing at the state level challenging state permits for the project.   While opposing counsel responded to our letter with a mischaracterization of the facts, they did affirmatively state that the pipeline company had no plans for tree felling activities before January 17.  They also stated that pipeyard preparation work “will start on or around January 14."

The Countdown Continues but step by step, day by day, we are taking on the Tennessee Gas Pipeline Company and making a difference – pushing further and further back the date when they may even attempt to impose their devastation, let alone legally do so.   With so much on the line how could we not?

Ø  Residential communities, public and private lands, cut through without regard for what the homeowners or taxpayers think.
Ø  At least 128 streams cut through and crossed
Ø  29,468 linear feet and 54.6 acres of wetlands denuded, developed and irreversibly damaged.

Ø  53.1 acres of lands, including forested lands, damaged for pipeline access roads.
Ø  Another 46.8 acres devastated to accommodate the work space needed to put the pipeline in, including in areas where this requires the cutting of 100 year old mature forest.

In our Delaware River watershed we are looking at 24.47 miles of pipeline:


Ø crossing 1,729 feet of 90 waterbodies, mostly using the open cut method of stream crossing,
Ø crossing 17,777 feet of 136 wetlands,
Ø and the construction of at least 29 access roads.

With all this damage being brought on to service the shale gas devastation that is happening across Pennsylvania and the nation how could we not do everything we can to stop it?

We couldn’t.
Posted by Maya K. van Rossum, the Delaware Riverkeeper at 5:18 PM