We must be doing something right because the Tennessee Gas Pipeline Company seems to be running a bit scared and as a result is lashing out in an effort to fully undermine state environmental protection in this country.  This week the Tennessee Gas Pipeline Company (TGP) has stooped to bringing a legal action against both the Delaware Riverkeeper Network, our co-plaintiffs, and the State of Pennsylvania – and so whereas once Delaware Riverkeeper Network and the state were at odds over this project, now we are apparent bed fellows and the pipeline company is the adversary to us both. 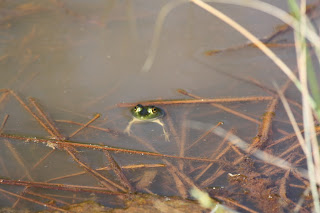 This week TGP filed a complaint and a motion for preliminary injunction against the Delaware Riverkeeper Network as well as the PA Environmental Hearing Board (EHB) (then amended to name the individual EHB judges) in federal district court for the Middle District of PA in Harrisburg. The basis for the suit they claim is that the EHB doesn’t have jurisdiction to hear our permit challenges for the TGP’s Northeast Upgrade Project (NEUP) because it is pre-empted by the Federal Energy Regulatory Commission (FERC).  What they are saying is that as a matter of federal law, FERC has occupied the field leaving no room for states to regulate interstate natural gas pipelines.  So while the states must issue permits for pipeline projects to move forward, the pipeline companies are claiming at the same time that the federal government has so occupied the field of pipeline regulation that in fact there is no roll for the states, as such the state permits cannot be challenged as legally deficient and that deficiency cannot be used to stop a pipeline project.

Wow – that is quite a turn of events!

The week of January 14 is the hearing on our legal challenge to the Pennsylvania permits, unless of course the pipeline company’s legal challenge changes that in some way. 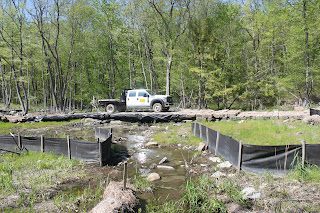 Also this week, the Delaware Riverkeeper Network, together with the NJ Highlands Coalition, filed an emergency motion in the DC Circuit Court of Appeals asking for a stay of FERC’s order and notice to proceed with construction of the TGP NEUP project.  http://www.delawareriverkeeper.org/resources/PressReleases/2013-01-10%20PR_FERC_challenge_TGP_NEUP.pdf 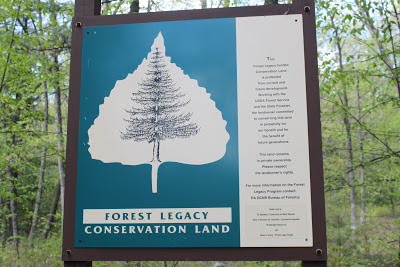 If the pipeline company tries to start this project while all of these legal battles are still ongoing, I hope you will consider standing with us and the trees to legally exercise your first amendment rights to just say “no”. While the pipeline company may not care what the States or what the laws have to say about their bad project; we citizens do care about our environment, and the rule of law, and it is important we make sure they know it.

January 12 we have another first amendments right training for those who are interested. http://www.delawareriverkeeper.org/about/event.aspx?Id=315

And consider signing the Pledge for Protection of the Delaware River.