We may have a few more weeks to mobilize against the NorthEast Upgrade Project.  And so we have scheduled a second organizing and training for how to best and lawfully exercise our first amendment rights to help stop this project and speak for the River, trees, public lands and our communities.

If you can, join us on December 29 and January 12.  To learn more and find out how to sign up:   http://www.delawareriverkeeper.org/resources/Factsheets/StopthePipe.Flyer.UnivDec29.Jan12.2012.Training.pdf 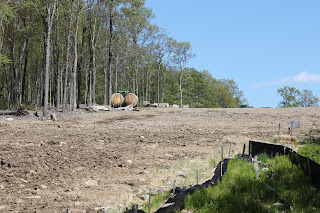 Up until yesterday Tennessee Gas Pipeline Company has said only that tree clearing would begin for their Northeast Upgrade project at multiple locations starting the second day of the New Year -- January 2nd, 2013.  Yesterday we learned something  new.

Recall that the Delaware Riverkeeper Network and the Responsible Drilling Alliance filed an action challenging the PA permits issued for the project and also to ask for an emergency stay until our case could be heard.  Our emergency stay would prevent any tree clearing or felling in Pennsylvania until such time as our case was heard – because if the trees are allowed to be cut and/or cleared before we ever get to make our case, a major part of the damage will be irreparably done.

Well, on December 20, the judge scheduled an emergency hearing to hear arguments on our request for that emergency stay.  While the judge did not grant us that request, a major underpinning of his decision was representations by the pipeline company that they would not begin tree felling or clearing before a hearing could be held and decided upon.  We believe it likely that this assertion of no action before a hearing could be held was part of TGPs strategy to undermine and defeat our request; and it worked.  But, while it may have defeated our request it did give us this extra time.

While TGP initially threw out the dates of January 13 or 14 to begin tree felling; because the hearing only got scheduled for January 14 thru 16 it is our belief that nothing should happen until the judge rules. So at a minimum, the 13th seems to be the earliest possible start date for cutting of the trees and we believe that actually it could even be later – unless of course we win which we certainly hope to do.

The other thing we learned at the emergency hearing – well the other thing TGP said (yes a bit of sarcasm here) – is that they would not be mobilizing a lot of big equipment to do the tree felling, they would be invading our forests with armies of individuals carrying chain saws to cut the trees and then leave them where they fall until the spring when permits would allow them to pull the trees out using the big equipment.

So the countdown continues, but perhaps we have a bit more time now until we win.

Please consider coming to one of our trainings.

And if you live or recreate near the proposed pipeline and see any activity in the coming days and/or weeks please take photos and contact us immediately on our 1-800-8-DELAWARE pollution hotline number or by calling the Delaware Riverkeeper directly at 215 369 1188 ext 102 so we can take appropriate action.  And if you can post them to the facebook page too:
http://www.facebook.com/StopTheTennesseeGasPipelineNeup
Posted by Maya K. van Rossum, the Delaware Riverkeeper at 3:22 PM