TPP Trade Agreement Pumps up the Pressure for Drilling and Fracking


An international trade agreement is being negotiated in secret.  You should know about it because it will affect you.  Called the Trans Pacific Partnership Trade Agreement, or TPP, this trade deal would regulate much more than trade between the U.S. and 11 nations from the Pacific Rim including Australia, Brunei, Canada, Chile, Japan, Malaysia, Mexico, New Zealand, Peru, Singapore and Vietnam.  While China is not currently party to this secret dealmaking, it is believed that they and other nations will eventually sign on to the pact. 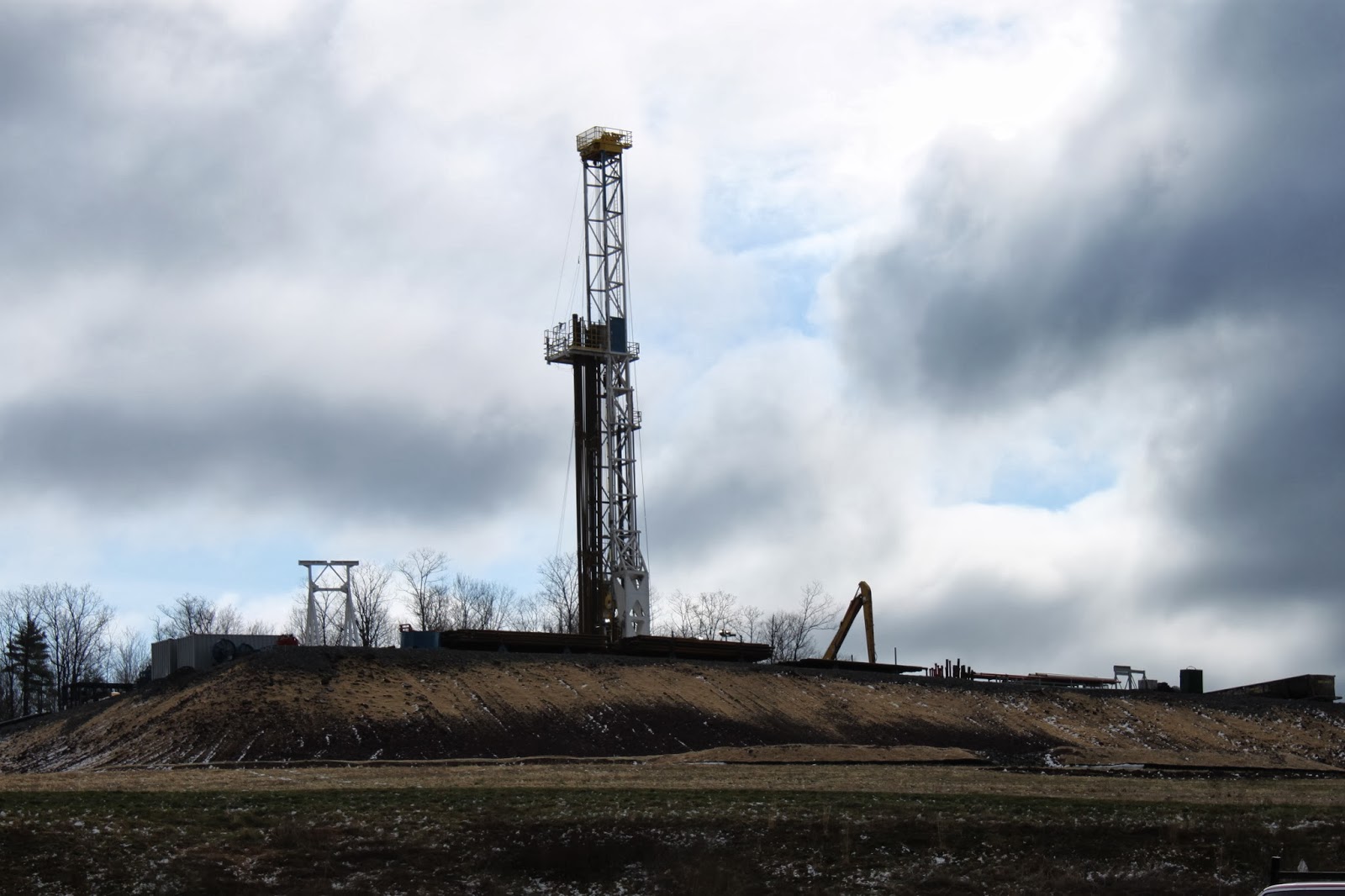 The TPP would pump up the pressure on fracking and shale gas development in the U.S.  The deal would also empower foreign corporations and interests to challenge our environmental and community protections and put a chill on the creation of new protections called for by science and experience.

And to top it off, the President wants Congress to pass a piece of legislation called the Bipartisan Congressional Trade Priorities Act of 2014, or “Fast Track” for short, that will give the President super powers to negotiate this deal, to sign the deal on behalf of the United States, to draft and to put forth before Congress legislation that would change or modify existing U.S. laws to bring our country into compliance with the TPP.  And Fast Track would relegate our Congress to a mere “yea” or “nay” vote.  No hearings, no amendments, and very little conversation at all.  The U.S. Constitution carefully shares authority for international dealmaking between the President and the Congress – President Obama wants to change that with Fast Track.

How will the TPP increase the pressure for shale gas drilling and fracking?

F By weakening environmental protections in place,
F By diminishing the creation of new protections as science and experience may require, and
F By providing automatic approvals for LNG exports that will take U.S. shale gas overseas.

So when you get to the end of this post, be sure to immediately write or call your Congressional representatives and tell them to vote “no” on Fast Track and to vote “no” on the TPP.  To have the Delaware Riverkeeper Network send your letter go to:  http://bit.ly/DRN-NoTPPorFastTrack

The TPP, like other trade agreements, would allow foreign investors, including corporations, to bring legal actions against the U.S. government through Investor-State Dispute Resolution (ISDR). Foreign investors and corporations could assert that our environmental protection laws have diminished their investments, including future profits, and that as a result the U.S. should have to pay.

ISDR claims can result in massive payouts, the repeal of environmental and community protection laws, and chill the creation of new laws for fear of losing in arbitration tribunals which don’t follow normal rules regarding conflict of interest[1]

By the end of 2012, corporations had used the ISDR process to initiate 514 investor-state cases against 95 governments.  They had launched attacks on a range of regulations, including toxic chemical bans, timber regulations, green jobs requirements, and more.[2]  Example cases include:

Ethyl Corporation — In 1997, Canada enacted a law restricting the import and interprovincial transport of methylcyclopentadienyl manganese tricarbonyl (MMT) a gasoline additive that contains manganese, and that was thought to be injurious to public health. Soon after, the sole supplier of the additive, a Virginia company named Ethyl Corporation, claimed that this amounted to expropriation in violation of NAFTA and sought $350 million (CA).[3] The Prime Minister, believing Canada could lose in arbitration, ordered the Canadian negotiators to settle, repealed the MMT law, issued an apology, and paid $19.5 million (CA) to the corporation.[4]

Occidental—In 2012, in Occidental v. Ecuador, the International Centre for Settlement of Investment Disputes (ICSID) issued its largest award in history, $2.3 billion (US), in favor of Occidental. [5] Ecuador was sued for canceling Occidental’s contract when Occidental sold forty percent of its interest in a section of the Amazon where the company was exploring and extracting hydrocarbons. Occidental had signed a contract that required government approval for a transfer of interest, and which stated that Ecuador would have the option to terminate the contract if such a transfer occurred without approval.

Lone Pine Resources, Inc. — In September, 2013, Lone Pine Resources, Inc. filed a Notice of Arbitration against Canada because of claimed violations of NAFTA.  Their claim arises out of a ban on fracking in the St. Lawrence River passed by the Province of Quebec in order to allow it time to study the dangerous process. Lone Pine Resources is charging Canada with “arbitrary, capricious, and illegal revocation of the [company’s] valuable right to mine for oil and gas under the St. Lawrence River ... without due process, without compensation, and with no cognizable public purpose.” [6]  The corporation is seeking $250 million in damages.

The Natural Gas Act prohibits the import or export of natural gas, including liquefied natural gas (LNG), to or from any foreign country without receiving prior approval from the U.S. Department of Energy (DOE).  To get DOE approval the agency must conduct a review that includes environmental and economic impacts, and determine that the proposed LNG facility and its exports or imports “will not be inconsistent with the public interest.”

The NGA goes on to require that the DOE deem as consistent with the public interest any applications to authorize the import or export of natural gas, including LNG, from and to nations which have entered into a free trade agreement with the U.S. requiring national treatment for trade in natural gas – i.e. Free Trade Agreement countries, or FTA countries.   Applications for authorization to export natural gas to FTA countries is required, by the NGA, to be “granted without modification or delay.”[7]

The TPP, if passed, would add new nations to the FTA list including: Brunei, Japan, Malaysia, New Zealand, and Vietnam, with China expected to join in the near future.  And because the TPP is being designed as a docking agreement, it means that it can be joined at any time by any nation willing to meet its terms.  So the list of nations with FTA status will most certainly grow.

By adding to the list of FTA countries for whom LNG export would be deemed in the public interest and therefore subject to automatic approval, the TPP will be increasing the speed and volume of shale gas exports overseas.  This will in turn ramp up the pressure for more shale gas development including associated deforestation, development, fracking, drilling, pipelines, compressors and other associated construction, infrastructure, devastation and pollution. 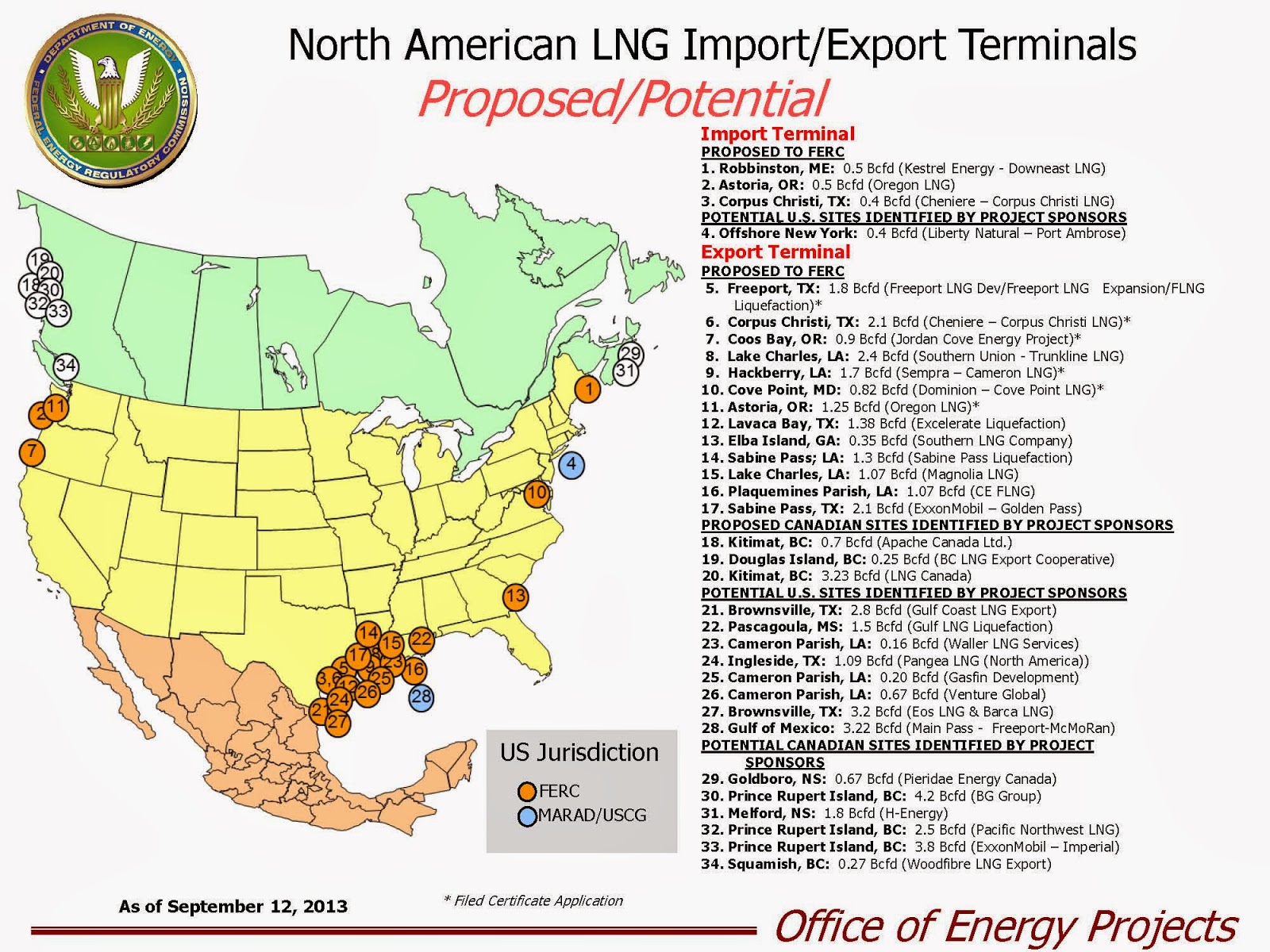 As of September, 2013, the Federal Energy Regulatory Commission (FERC) has before it thirteen applications and eight potential projects identified by the industry, in the U.S., that if approved would export almost 43% of the natural gas produced in this country in a given year.[8]

“The industry uses two techniques that enhance recovery of natural gas from these “unconventional” gas wells: hydraulic fracturing or “fracking” (usually slick-water fracking) and horizontal drilling. Both techniques inevitably do violence to the landscape.” (p. 8).

“By any responsible account, the exploitation of the Marcellus Shale Formation will produce a detrimental effect on the environment, on the people, their children, and future generations, and potentially on the public purse, perhaps rivaling the environmental effects of coal extraction.” – p. 118

The TPP has been under secret negotiation since 2008 and the only glimpses the public has had of the deal are those leaked and shared on the http://www.wikileaks.org website.  The deal is so secret that not only is the public prohibited from reading its terms, but so too is Congress.  By contrast, it is reported that over 500 corporate representatives have been privy to the terms of the deal as members of the negotiations team, among them:  DuPont, Chevron, Exxon Mobil, Dow Chemical and Halliburton.

The Trans Pacific Partnership Trade Agreement (TPP) is a secret deal being kept secret because “those in the know” are very aware that if the public and Congress could read what was in the document the majority would oppose it and it would never pass.  It is time to take TPP into the light and let some informed dialogue and decisionmaking happen.

And that can only occur if Fast Track is never passed.

Please, take a moment to send your letter today:  http://bit.ly/DRN-NoTPPorFastTrack


[1] There are a limited number of lawyers involved in the international tribunals; as a result while a lawyer may be arbitrator in some cases they may act as lawyers in others.  It has been reported that in “a few cases, an arbitrator was on the board of directors of the parent company of the investor that took up the case.”  The Trans-Pacific Partnership Agreement (TPPA): When Foreign Investors Sue the State, by Martin Khor, Global Research, Nov 10, 2013, Third World Economics Issue No. 552, 1 Sept, 2013
[2] http://www.huffingtonpost.com/ilana-solomon/fracking-causes-friction-_b_2146939.html
[3] This case is strikingly similar to the Methanex case, discussed below. It would have been beneficial if both had gone to arbitration, in order to see how two different arbitration panels would rule on a very similar situation arising under the same treaty.
[4] Elizabeth May, What happened under Chapter 11 of NAFTA?? Available at: http://elizabethmaymp.ca/investor-state-treaties/what-happened-under-chapter-11-nafta.
[5] One of the three arbitrators in the panel wrote a scathing dissent describing the award as a “manifest excess of power.” Occidental Petroleum Corporation v. The Republic of Ecuador, Dissent, ICSID Case No. ARB/06/11 (October 2012), at paragraph 5.   Ecuador promptly filed for an annulment of the award. In the Tribunal’s most recent award, which granted Ecuador a stay of enforcement, the Tribunal stated that it is “unlikely” that the award against Ecuador will be sustained.  Occidental Petroleum Corporation v. The Republic of Ecuador (September 2013) Decision on the Stay of Enforcement of the Award, at 16.
[6] Lone Pine Resources Inc. v. Government of Canada, Notice of Arbitration Rules of the United Nations Commission on International Trade Law and Chapter Eleven of the North American Free Trade Agreement, filed Sept. 6, 2013, available at: http://www.international.gc.ca/trade-agreements-accords-commerciaux/assets/pdfs/disp-diff/lone-02.pdf; Cole Stangler, Mining Company Sues Canada Over Fracking Ban in Quebec , November 2013, available at: http://inthesetimes.com/article/15847/mining_company_sues_canada_over_fracking_ban_in_quebec/.
[7] 15 U.S.C. §717b(c)
“(c) Expedited application and approval process
For purposes of subsection (a) of this section, the importation of the natural gas referred to in subsection (b) of this section, or the exportation of natural gas to a nation with which there is in effect a free trade agreement requiring national treatment for trade in natural gas, shall be deemed to be consistent with the public interest, and applications for such importation or exportation shall be granted without modification or delay.”
[8] Based on Energy Information Administration forests for total natural gas production rate in the U.S. in 2013 and on Office of Energy Projects chart of North American LNG Import/Export Terminals, Proposed/Potential, Sept 12, 2013.
[9] Robinson Township, Delaware Riverkeeper Network, et al v. Commonwealth of Pennsylvania., --- A.3d ---, 2103 WL 6687290 (Pa., Dec. 19, 2013)
Posted by Maya K. van Rossum, the Delaware Riverkeeper at 1:10 PM