Environmental Rights Continue To Be Vindicated In Pennsylvania

The right to pure water, clean air and a healthy environment has been twice vindicated in 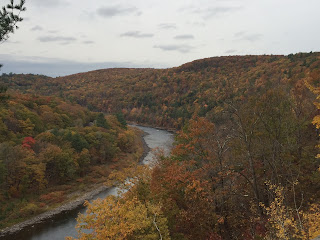 Pennsylvania in this past week.  Given that environmental rights are recognized by many, including the Pennsylvania Supreme Court, as inherent and indefeasible rights that belong to all people, this is good news for Pennsylvania as well as the nation.

December 19, 2013 the Chief Justice of the Pennsylvania Supreme Court, Justice R. Castille, confirmed that by virtue of Article 1, Section 27 of the Pennsylvania Constitution, the rights to pure water, clean air and a healthy environment are inherent and indefeasible rights that belong to both present and future generations; that they are rights with the same legal standing as the rights to free speech, freedom of religion and private property rights; and that they are rights that must be protected by every government official at every level of government in the Commonwealth of Pennsylvania.  (See Robinson Township, DelawareRiverkeeper Network, et al v. Commonwealth, 83 A.3d 901 (Pa., Dec. 19, 2013).

Since this decision was issued the shale gas, drilling and fracking industry, along with pro-drilling government officials, have been denying that this Supreme Court ruling should be given the same force and effect as every other ruling issued out of the court – they have wrongly asserted that Article 1, Section 27, is a mere statement of policy with little substantive importance.

It is also clear that the lower courts in Pennsylvania recognize the legal authority of Chief Justice Castille’s application of the Environmental Rights Amendment and is seeking to continue to apply, define and refine the legal affect and meaning of the provision.  Among the refinements issued out of the Commonwealth Court of Pennsylvania in just this last year is that:

It is shameful that industry and government officials don’t want to acknowledge and honor our rights to healthy water, air and environments but it is time for them to accept the truth, our environmental rights are inherent and indefeasible and here in Pennsylvania have the highest constitutional protection you can obtain in our state.

Only a few states give constitutional level protect to the environment that is as strong as Pennsylvania’s.  But there is a push for other states to look to Pennsylvania as an inspiration for the premise that environmental rights are inherent and indefeasible and should be given the same level of constitutional regard, respect and legal protection as other recognized rights such as the rights to free speech, freedom of the press, to bear arms, to freedom of religion, and to private property rights.  Learn where your states stand at www.ForTheGenerations.org.