Despite setbacks this week, there is still hope for the forests, trout streams and privately protected woodlands to keep standing and stay healthy while our legal challenges and other battles against the Tennessee Gas Pipeline Company's Northeast Upgrade Pipeline Project (TGP NEUP) wage on. 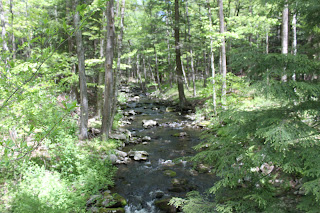 This has been a tough week for legal battles that were aimed at halting Tennessee Gas Pipeline Company's (TGP) chainsaws from beginning cutting through beautiful pristine elder forests, heating up pristine trout-loving streams and scarring the private lands that so many have worked so hard to protect.  But it is still not too late.  So before I tell the legal story – please take a moment now to:

These 3 actions will take less than 10 minutes of your family’s precious time but could make the world of difference for some of the cleanest habitats of the Delaware River watershed that we want to protect for our young ones. 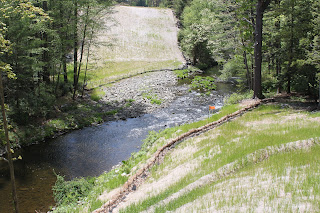 Back to the legal jungle that has unfolded - We began the week with a decision by the Delaware River Basin Commission (DRBC) acknowledging that they were wrong when DRBC rejected the many requests that it review the Tennessee Gas 300 Pipeline project and Columbia 1278 pipeline project before they were installed.  Acknowledging this grave mistake, the DRBC made the decision to go back and review those projects in the context of granting them a docket.  This gives us a chance to secure needed restoration of as much of the devastation done by these pipeline projects as possible.  That was the good news.  (To learn more:
http://www.delawareriverkeeper.org/resources/PressReleases/PR_DRBC_300&1278_lines.pdf But the DRBC then proceeded to reject multiple requests to recognize that the same error that was made for the TGP 300 pipeline and 1278 Columbia pipeline was also made with regards to the TGP NEUP.  Turning around this wrongheaded position is where your phone calls, emails and faxes to DRBC and Army Corps are now critical.  So please, take the three actions i began with to demand that the DRBC revisit the TGP NEUP docket it issued and take a look at the devastating issues a cut through the Upper Delaware recreational and other lands will cause.  Our action alert at: http://www.delawareriverkeeper.org/act-now/urgent-details.aspx?Id=139  provides all the details.

This week also Judge Mariani, a federal district judge in the Middle District of Pennsylvania, issued an order granting TGP’s request for a preliminary injunction to prevent the Pennsylvania Environmental Hearing Board (EHB) from reviewing challenges brought by the Delaware Riverkeeper Network and the Responsible Drilling Alliance to three state permits that the Pennsylvania Department of Environmental Protection issued to the TGP NEUP.  While we can still press our challenge to the Pennsylvania-issued permits for the NEUP, we now have to initiate that legal action in federal court as opposed to state court -- that means starting our legal action anew.

That federal court decision was quickly followed up by  an order issued by another federal court, this time the Court of Appeals for the District of Columbia, denying the emergency motion for stay filed by Delaware Riverkeeper Network, New Jersey Highlands Coalition, and the NJ Sierra Club, to enjoin the Federal Energy Regulatory Commission’s order allowing construction to proceed on the NEUP while we challenge the FERC decisions that are allowing the project to move forward. The Court’s order stated only that “Petitioners have not satisfied the stringent requirements for a stay pending court review.” 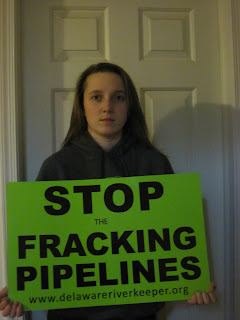 It is excruciatingly disappointing that the federal courts have rewarded the gamesmanship of the Federal Energy Regulatory Commission (FERC) and the TGP by denying our efforts to keep the chainsaws from cutting and put the project on hold until the legal challenges which have been legitimately brought can be seen to completion.  It is clear to me that FERC, the Pennsylvania DEP, the DRBC and TGP have avoided, violated and undermined the state and federal laws that should be protecting us from the harms of the TGP NEUP and other pipeline projects.  The agencies are supposed to protect and serve the public and the environment; but it seems that at every turn they are protecting and serving the pipeline companies and gas drillers to only exacerbate the drilling frenzy devastating our neighbors to the west living in industrial zones and seeing their public lands cut down for the shale gas drillers.

TGP has now asked FERC that by February 11 it give the permission TGP needs to begin tree felling in the Delaware River Watershed for the project.  This means the DRBC still has time to act and the Army Corps can help pressure and do the right thing too.  Please make your voices  heard now to the DRBC and its Commissioners who may be listening. 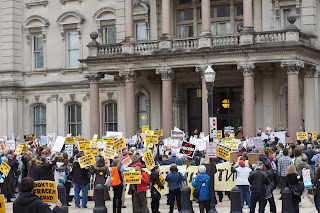 DRBC has acted before in the 11th hour, last time to stop shale gas development in our watershed.   With your voice, we could make that happen again, this time for this critical pipeline.

To learn how to email, fax and phone call now visit our action center and write an email to all commissioners with a few clickshttp://www.delawareriverkeeper.org/act-now/urgent-details.aspx?Id=139

And please stay tuned to learn of more you can do if they don’t listen to our voices.  We thank you for collectively being the voice of the forests, fish and streams that are in the path of the chainsaws.  Your voice matters now more than ever.
Posted by Maya K. van Rossum, the Delaware Riverkeeper at 5:17 PM