Pipelines -- Another Front In the Shale Gas Drilling Battles 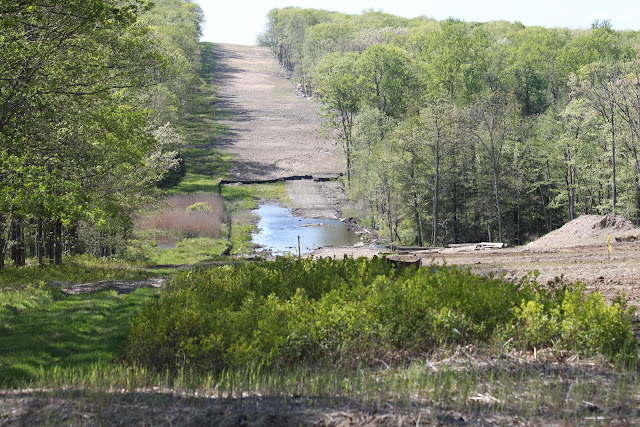 Reading about the ravages of gas drilling, or fracking, often leaves people feeling despair – helpless to act to protect themselves, their kids or their community. So before this blog jumps into another element of the drilling process, I want to begin on a positive. Across the nation communities are getting active and taking actions that are successfully protecting them from fracking. For example, in the Delaware River basin tens of thousands joined forces and secured a moratorium on drilling that has held for over 2 years; in New Jersey legislators are passing legislation to keep drilling waste and fracking out of that state; in New York citizen action seems to have sent a strong message to the Governor that he needs to rethink his plan to open up that state to drilling; and in Pennsylvania the Delaware Riverkeeper Network and seven townships joined forces in a legal action that struck down Pennsylvania’s pro-drilling legislation called Act 13. The key is to take the difficult knowledge of the harms of fracking and to use it to strengthen your resolve and help embolden yourself and your community into action.

So here’s a new piece of knowledge to help in that endeavor.

When people hear about the proliferation of gas drilling happening in the US the word “fracking” often comes to mind. But another word needs to join the drilling vocabulary – “pipelines”. The spread of gas drilling and fracking also means more pipelines. Every gas well fracked and drilled requires approximately 1.6 miles of pipeline – and that is just to get the gas from the well pad to the interstate line that cuts its swath from community to community to community, linking all that potential harm together.

Pipelines are known to emit methane, Almost 1 percent, with some estimates being as high as 10 percent, of the gas drilled from a well is lost during the storage and transmission of extracted gas. And methane is the second largest contributor to climate change, and 21 times more powerful than carbon dioxide in warming the earth.

Every pipeline brings with it a cut across the landscape. Virgin forests, residential communities, pristine waterways, and productive wetlands all must give way when a pipeline comes through.

Forests cut or fragmented for a pipeline cannot sustain the sensitive wildlife that needs the deep, mature woods to survive. The cutting of forests means rainfall once captured by the leaves and soaked up by roots and soil now runs off contributing to pollution, erosion and flooding downstream. Streams are “open cut” to lay pipes across. Wetlands are drained and become lined with grass so they can no longer sustain the quantity and quality of life they once did. And that is if the pipeline company does a good job.

To move the gas through the pipeline requires compressors. And so communities are burdened with loud polluting compressors as often as every 40 to 100 miles, emitting a variety of air pollutants and lots of loud noise. In DISH Texas, high levels of carcinogenic and neurotoxic air pollutants were recorded near compressor stations.

And despite the messaging campaigns of the gas drilling companies that we need to undertake these extreme extraction practices in order to wean our country off of foreign sources of fossil fuels and to keep the prices of gas low -- he truth is that many of these pipelines are, or will, take this gas to liquefied natural gas facilities that will take the gas overseas, to foreign countries, causing the price of gas in the United States to rise, and preventing it from being here for domestic use. In fact the gas drilling industry is already building and pursuing facilities that will take as much as 20 percent of the U.S. supply of natural gas to foreign countries; and they are just getting started.

So even if you are spared the construction and drilling of gas wells in your community, don’t be surprised if you find yourself faced with the proposal for a pipeline through your community or favorite forest or woods; neighbor to a 15,000 horsepower compressor; downstream of a wastewater plant discharging frack waste or dealing with drilling companies who want to suck millions to billions of gallons of water out of your local creek.

So what can you do?