Water is Essential -- Gas Drilling is Not

There are alternative sources of energy that don’t require shale drilling or hydrofracking.
There is no alternative for water. 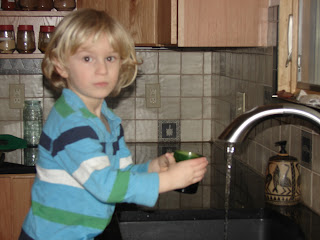 Gas and profits may be inviting to some.
Water is essential to us all.
The amount of freshwater on Earth, in our watershed and in our region, is finite.
And yet the DRBC is proposing, with its draft gas drilling regulations, to give hundreds of billions of gallons of our fresh water to the drillers – not in the form of a temporary use that will eventually return to our water systems – but a permanent taking.
The damage is from the combination of drilling, hydrofracking and massive land development that combine to rob our watershed and our people of clean fresh water and the healthy habitats we need to thrive.
Only 2.53% of the water on earth is freshwater and so usable for nourishing humans.  Of this, about 2/3 is locked up in glaciers and permanent snow cover. That leaves less than 1% for our use.
Water is often characterized as cyclical or renewable.  But that is absolutely not so when we are talking about horizontal fracturing, hydrofracking and shale gas drilling.
Either way it is untenable and wholly unacceptable.
According to the UN, the world is already facing a water crisis.
“This crisis is one of water governance, [] caused by the ways in which we mismanage water.”
That is exactly what the DRBC is proposing here.
According to the United Nations, 4,400 children under the age of 5 die every day because of polluted water.  And 1 in every 6 humans on this earth have no access to clean water within a kilometer of their homes.
There are many stories of communities denied access to abundant and clean water – children walking miles to fetch water, suffering skin lesions and extreme illness due to water pollution, farmers struggling for the quantity of water they need to grow food for their communities. We are more fortunate than these communities, and yet we are poised to squander our good fortune. 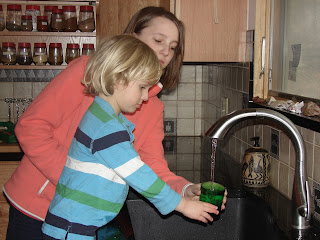 Today our Delaware River is healthy in its upper reaches – because of the hard work of many who cared enough to fight for its protection.
But the quality of the water is fragile, and our lower reaches already struggle from pollution.
And we already have water battles in our basin.
And yet the DRBC dares put the quality and available quantity of our precious Delaware at risk for drilling.
DRBC does not have the knowledge needed to craft a set of regulations that would protect our water, air, land and communities from shale gas drilling. Not until a scientific and cumulative assessment of the process and its affects has been completed.
We are talking about:
And more.

And yet the DRBC is inexcusably refusing to secure the needed scientific work before it pushes out its regulations and opens the doors wide for the gas drillers.
The claim of jobs that the Pennsylvania Governor and the Army Corps cling to doesn’t hold.
Drilling is going to do harm to the billions in economic benefit and the jobs provided by a healthy Delaware River and its healthy, forested watershed.
And it’s not just the River jobs those who support this drilling are so willing to sacrifice.
It’s also the health and safety of our communities that get sacrificed if this drilling moves forward as is being proposed with the DRBC regulations.
Drilling must not happen, not now, and maybe not ever.  Either way DRBC doesn't have the science or knowledge to know the answers to “if?” or “how”.
UN Source:  United Nations World Water Development Report
Posted by Maya K. van Rossum, the Delaware Riverkeeper at 1:26 PM