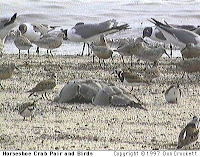 Jobs, Jobs, Jobs.
Jobs are very important.
They allow us to eat, to live, to take care of our kids, to enjoy life, to care for ourselves, our families and all we care about.
Jobs are important.

Making cigarettes creates jobs.  It also kills people.
About 5.4 million people die each year because of tobacco.  By 2030 this is predicted to rise to 8.3 million.
Every 6.5 seconds a current or former smoker dies.
If cigarette companies had argued, way back when, that in the interest of creating jobs they had to kill over 5 million people a year would we have agreed that all of these deaths was worth it to create some jobs?

PCBs now contaminate over 10 species of fish in the Delaware River, you can't eat them or should limit your consumption of them because to do otherwise exposes you to dangerous levels of PCBs.
PCBs have been shown to cause a variety of serious health effects including cancer and serious non-cancer illnesses.  PCBs cause cancer, harm the immune system, harm the nervous system, harm the endocrine system.  PCBs, among other things, harm short term memory development and learning.  PCBs have been shown to change thyroid hormone levels in infants, by affecting thyroid hormone levels PCBs can affect normal growth and development.  PCBs can affect liver toxicity, blood pressure, cholesterol levels.  PCBs can harm the reproductive system.
Having PCBs in the fish of the Delaware River exposes all who eat them -- some by choice but some because they have to in order to feed themselves and their families -- to these dangerous harms.  It also affects the level of commercial and recreational fishing that can and does happen on the Delaware River.
When the creators of PCBs were first embarking on its creation do you think as a community we would have agreed to sacrifice the health of our fish and families in order to support the jobs made by creating PCBs?

Today, folks are quick to overlook the harms to others from a particular project or proposal whenever it is preceded by "but it will create jobs."
The problem is that the short term gain of some jobs, if left unchecked, can so often result in the long term loss of many jobs and the health of many in our communities.

Creating a job should not be an acceptable excuse for creating harm to our environment and others.

Deepening the Delaware River puts at risk so many - It threatens species already on the brink of extinction, species which now or once supported a tremendous wealth of economic benefit and jobs for our region in a way that did not inflict such wholesale environmental and community harm.  It threatens to move the River's salt line that puts at risk drinking water supplies for South Jersey and Philadelphia, as well as the oysters that support a vibrant and needed industry in our region.  It threatens to change the River in a way that will erode away and harm the wetlands that are important habitat and that provide storm protection to our communities.

Deepening the Delaware River is argued to create some port jobs.  But what about the jobs we know exist, jobs people and families rely upon today, that could be decimated by deepening because of the harm it will do to our River and environments?

Among those environments and associated jobs and economies put at risk by deepening:

ü    The annual harvest of oysters from the Delaware Estuary that now generates up to $80 million of economic benefit.  The loss of this income would be devastating to those communities dependent upon it, some of them the poorest in our region.
ü    The $34 million ecotourism industry dependent upon the horseshoe crabs and migratory shorebird phenomenon of the Delaware Bay, providing crucial support to local economies in the “off-season.  And the additional $34 million of ecotourism generated by other shorebirds dependent upon a healthy Bay.

ü    The $150 million of annual revenue and social welfare value from the horseshoe crab-dependent biomedical industry to whom one pint of Horseshoe Crab blood is worth $15,000 for required testing on medical devices, vaccines and intravenous drugs used by all.
ü    Spending in the estuary region by recreational anglers valued at an average of $62 to $100 per day which fuels jobs and income critical for many of our region's communities.
Why is it okay with Senator Specter, Governor Rendell, Delaware Assemblymen J. Johnson, G. Carey and G. Hocker, and the port community to put these jobs and economic benefits on the chopping block?
Those opposing deepening do not oppose the ports.  In fact we have advocated for wise port investments that will protect the environment and create port jobs at the same time.  Our goal is to protect all communities, all jobs, and all who depend upon the Delaware River; not to sacrifice the many in order to benefit only those who are using this project to further their own political, personal and professional agendas.
Posted by Maya K. van Rossum, the Delaware Riverkeeper at 5:50 PM