Delaware Deepening -- A Threat to Jobs and the Environment


There is a bounty of data, documents and records to demonstrate the wealth of environmental harm and the lack of economic and job benefits from deepening of the Delaware River.

The Government Accountability Office, the investigative office of Congress, is among those who have shown that the claims of economic benefits from deepening the Delaware River an additional five feet are, in large part, a sham.  And sadly the sham was not an accident – it was the result of “miscalculations, invalid assumptions, and outdated information.”

The Army Corps and project supporters admit that resulting shipping benefits from deepening are in the form of increased efficiencies – the same volume of goods will come up the River just in fewer ships.   In fact, the way the Army Corps says it:  “The future volume of cargo passing through the Delaware River port system is determined by macroeconomic factors that are not affected in any measurable way by the channel depth. The purpose of the deepening project is to make it possible to handle … cargo in a more efficient way.  This efficiency takes the form of more-heavily-loaded vessels.  With the deeper channel, fewer total vessel calls will be required because it will be possible to handle more cargo per ship.”

While Deepening will not be the impetus for new port jobs, it will undermine, diminish and jeopardize River jobs – jobs dependent upon the quality of the Delaware River, its fish, shellfish, wildlife and ecosystems.  Introducing toxins into the already overburdened River, damaging habitats critical for fish and shellfish, burying horseshoe crab and Saballaria vulgaris populations, blasting away at reaches of the River, moving the saltline upriver in a way that threatens contamination of New Jersey and Philadelphia drinking water and introduces harm to oysters and freshwater marshes, causing and/or accelerating erosion of marshlands important for habitat and protecting communities from catastrophic storms, subjecting communities to 60 to 94 feet high piles of toxic dredged muck, individually and collectively harms a wide array of commercial, recreational and ecotourism jobs and revenues.   Among those jobs and economies put at risk:

ü    The annual harvest of oysters from the Delaware Estuary is projected to generate from $50 to $80 million of economic benefit.  The loss of this income would be devastating to those communities dependent upon it. 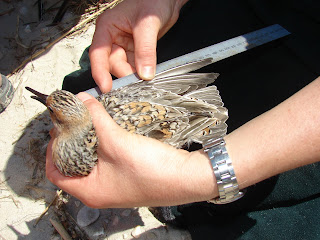 ü    The $150 million of annual revenue and social welfare value from the horseshoe crab-dependent biomedical industry to whom one pint of Horseshoe Crab blood is worth $15,000 for required testing on medical devices, vaccines and intravenous drugs used by all.

ü    Spending in the estuary region by recreational anglers valued at an average of $62 to $100 per day.

And much, much more.

Why is it okay with the port community to put these jobs and economic benefits on the chopping block?

Those opposing deepening do not oppose the ports.  In fact we have advocated for wise port investments that will protect the environment and create port jobs at the same time.  Our goal is to protect all communities, all jobs, and all who depend upon the Delaware River; not to sacrifice the many in order to benefit only those who are using this project to further their own political, personal and professional agendas.