Defending the Delaware from Deepening to Protect the River for All 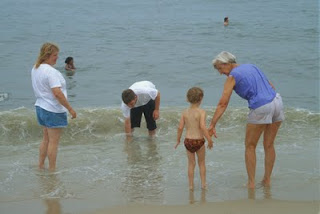 Today we learned that the Delaware Riverkeeper, the Delaware Riverkeeper Network, and the organizations that have joined us in our litigation are being allowed to intervene in the call for an injunction to stop the Army Corps from proceeding with the project until our legal challenges are done.  This sound decision by the court will help ensure that the wide variety of legal violations and environmental threats the project poses are fully addressed in the Court's decision.

The Army Corps plan to begin deepening before it has fulfilled all of its obligations under environmental protection laws and before the release of the newest Government Accountability Office Review that is now ongoing seems to demonstrate the tremendous fear the Army Corps has in the outcome of honest environmental and economic reviews.  It has been nearly 20 years since this project was proposed - the rush to act now is clearly driven by fear and/or politics, rather than need.

The Army Corps is claiming that Congress has demonstrated its support for the project.  Such a pronouncement is disingenuous in light of the findings by the Government Accountability Office as recently as 2006 that

“GAO’s recent reviews of four Corps civil works projects [including the Delaware Deepening] and actions found that the planning studies conducted by the Corps to support these activities were fraught with errors, mistakes, and miscalculations, and used invalid assumptions and outdated data.  Generally, GAO found that the Corps’ studies understated costs and overstated benefits, and therefore did not provide a reasonable basis for decision-making.”

And the Army Corps, as well as project supporters, have failed to consider the harm that could be done to all those jobs that rely on the healthy fish, shellfish, and wildlife of the Delaware.  We are talking about multi-million dollar industries, put at risk from the environmental harm the deepening threatens.  In fact, when these jobs have been brought to the table for consideration those who support the project quickly and callously dismiss them as unimportant.

Well, they are not unimportant.  They are very important.  The health of the River and its ecosystems are vital to us all and it is not okay for one small sector of the community to seek to harm the River purely for their own private gain, at the expense of everyone else.

The Army Corps is failing to honor its obligation to protect the public; so it is now on the Courts to do so.

Posted by Maya K. van Rossum, the Delaware Riverkeeper at 9:02 AM