Secret Trade Deal Undermines Environmental Protection -- How Is That Possible? 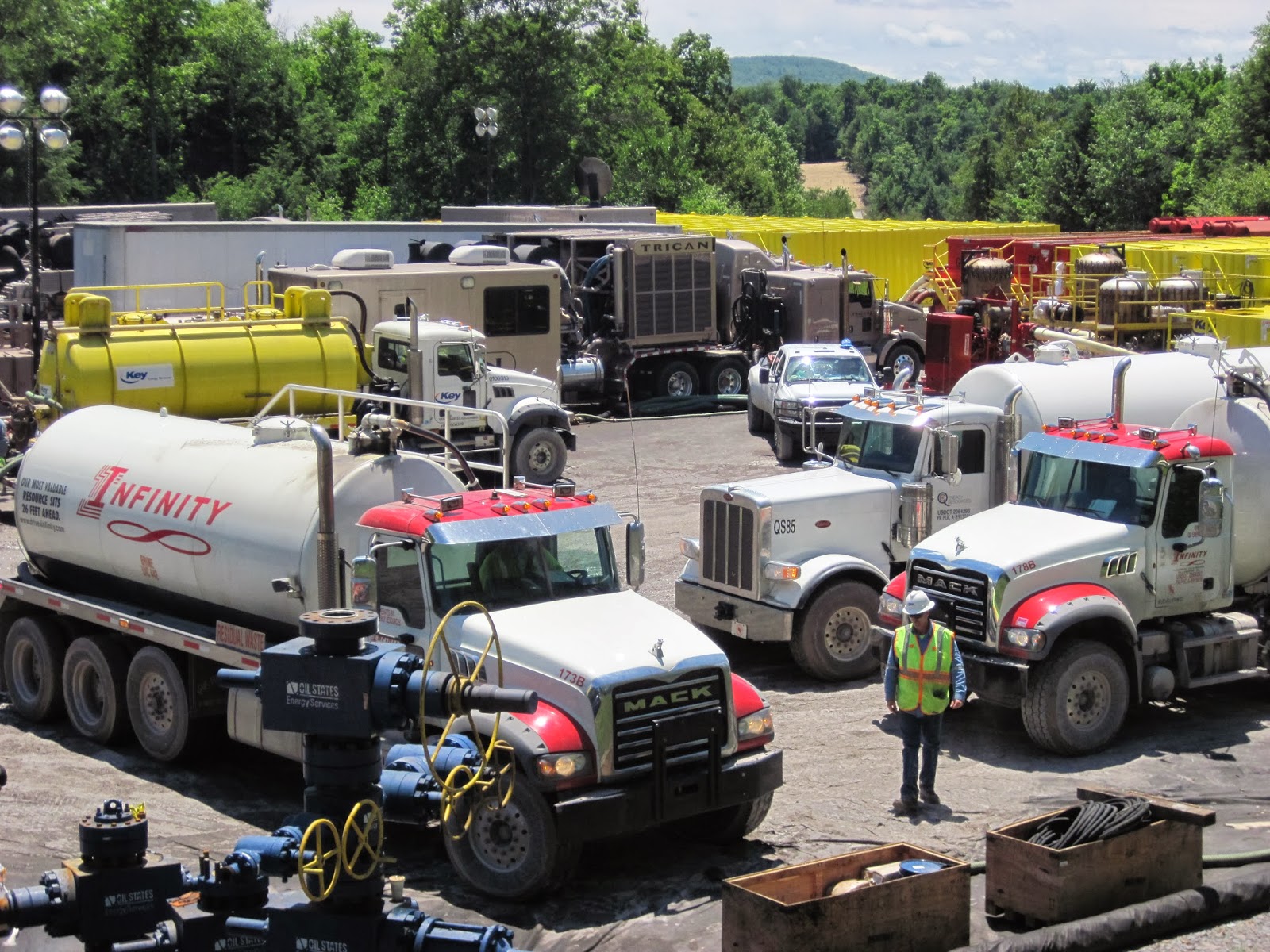 Before our nation was aware of the hazards of fracking and shale gas development the drilling industry was working quietly behind the scenes with Vice President Cheney and others to craft a series of loopholes and to pass the Energy Policy Act of 2005 that would help the industry evade the oversight of U.S. federal environmental protection laws.  The same is happening today – but this time the focus is on undermining U.S. laws as well as the laws of 12 other nations, and this time we have a chance to stop them.

Not only are the gas drillers hard at work behind the scenes crafting new protections for themselves, but so are other major corporate interests.  And when all is said and done, if we let them, bans on fracking, made in America labels, protections from the importation of contaminated foods or products made abroad in violation of child labor laws are among the many protections and rights our communities and country now have that will fall when industry demands.

What body of enforceable law could so solidly strip our communities from these vital protections?

A new trade agreement called the Trans Pacific Partnership that is being negotiated in secret between the United States and 12 nations from the Pacific Rim including Australia, Brunei, Canada, Chile, Japan, Malaysia, Mexico, New Zealand, Peru, Singapore and Vietnam.  While China is not currently party to this secret dealmaking, it is believed that they and others will eventually become a part of the pact.

The deal is so secret that not only is the public prohibited from reading its terms, but so too are the members of Congress.  Thankfully there have been some leaks to give us a glimpse behind the curtain (e.g. WikiLeaks secured and released the Intellectual Property Rights Chapter http://wikileaks.org/tpp/).  It is also reported that there are 29 Chapters to this supposed trade agreement many of which have nothing to do with regulating trade but instead focus on limiting environmental, food safety, health and other community protections.  Overall, there is enough information to know that the Trans Pacific Partnership Trade Agreement  (TPP) is a bad deal for the people of the United States and it should be rejected by Congress when it finally has a chance to give it an up or down vote.

The TPP is certain to include an Investor-State Dispute Resolution provision which will allow corporate entities and investors to bring claims for significant monetary payouts against any signatory-nation who they feel have interfered with their corporate/investor benefits under the treaty – that includes the United States.   So if there is a law that prevents a corporation from pursuing a toxic waste facility, dangerous development, water and cyanide intensive mining, or a fracking and drilling project, under the TPP that corporation/investor could bring a claim against the signatory-nation before an international arbitration tribunal and have millions of dollars in damages leveled against them (for specific stories go to:  http://www.citizen.org/documents/fact-sheet-tpp-and-environment.pdf) – not only does this pose an unfair burden on a country where the government is trying to protect its residents, but it will also motivate that country to go after the state or municipality impeding the corporate project and force it to revoke its environmentally protective laws or regulations.

So, for example, if a foreign corporation or investor is prevented from drilling in a New York community that has legally passed a ban on fracking and shale gas development, that corporation can bring an Investor-State Dispute action against the United States and receive millions in damages, with the United States government likely to then bring a legal action against the New York community and force them to remove their protective ban.

This is happening already, under another trade agreement with a similar provision – North American Free Trade Agreement (NAFTA) -- a private drilling company is about to sue Canada for $250 million because of a ban on fracking passed by the Province of Quebec which was enacted to allow them to study the dangerous process.  (To see a copy of the Nov 8 Notice of Intent to Submit a Claim to Arbritration: http://www.international.gc.ca/trade-agreements-accords-commerciaux/assets/pdfs/disp-diff/lone-01.pdf) It is easy to see similar suits being filed based on local bans in New York, Colorado and elsewhere.

Allowing foreign interests to capitalize off the destruction of the U.S. environment for their own economic gain is economic colonization. Unless the Trans-Pacific Partnership Agreement includes an explicit provision that preserves the environmental legal authorities of our federal, state, local and regional governments to ensure foreign industrial and/or corporate activities do not harm the quality and health of our environment it would result in nothing short of the economic colonization of the United States.

What can you do?  Contact your Congressional Representatives, both in the House and the Senate, and tell them you want three things:  For them to ….